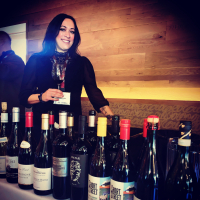 Sheri was born and raised in Wisconsin. She officially began her career in the wine and spirits industry in 2001, with L’eft Bank Wine Company, where she handled the company’s top Milwaukee-area accounts. In 2010, after moving from Wisconsin to Colorado, Sheri joined the sales team at Elite Brands of Colorado. She was named salesperson of the year in 2014 and promoted to Key Account Wine Specialist.

As of January 2018, Sheri advanced her career even further and began working as a National Sales Representative for Kysela Pere et Fils. She brings with her 16+ years of experience and knowledge from her time working in the industry, as well as her travels to Argentina, Chile, France, Italy, Spain, Portugal, Austria, Germany, Belgium and many cities throughout the US.

Sheri loves experiencing new culinary adventures; whether through cooking at home, dining locally or traveling abroad. She also enjoys hiking the foothills of Golden, Colorado, where she lives with her husband Kent and giant Goldendoodle, Charlie. On any given Sunday you could find Sheri on the tandem bicycle with Kent heading into Denver for oysters and bubbly, or in cooler months cheering on the Green Bay Packers.