For years, Ed wanted to pursue his dream of becoming a master brewer at any Virginian brewery. After 7 years as an accountant – witnessing the ins and outs of how businesses should and shouldn’t operate – he decided to drop his brewing dream and get more involved with the logistics and sales side of things.

To begin his new path he became a server at Mellow Mushroom, a national chain that serves great pizza, but most importantly craft beer, top-notch wine, and hand made cocktails. It only took him a few months to become a head bartender. In less than a year he was manager of the bar, purchasing all the liquor, beer, and wine.

In this new position he was able to expand his network and meet people on the distribution side. After 3 extremely fun years as a bar manager, he took the leap and joined a small distribution company where he sold mainly Virginia brewed craft beer.

One year later he joined the Kysela team on June 1st, 2020. His beer knowledge is vast, and wine prowess ever expanding. He’ll be all over the Northern Virginia area spreading the great quality products that Kysela has to offer. 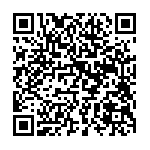