An industry veteran of 35 years, Barbara launched a career in wine and food at the bucolic
Bonny Doon Vineyard in Santa Cruz, CA, in 1985. Cellar work instilled in her a love of the craft that continues today.

After a four-year hiatus to Washington DC, to work for then-U.S. Senator Alan Cranston, Smith returned to CA and went to work at The American Institute of Wine & Food (AIWF) in San Francisco. As director of special events and development, she had the opportunity to travel extensively with cookbook author and PBS icon Julia Child, promoting the enjoyment of food and wine.

Work at The AIWF included a programming partnership with The International Olive Oil Council. This allowed for culinary travel to Tunisia, Portugal and Italy, and a seat in the first Sensory Evaluation certificate program at UC Davis. Smith was a member of the inaugural tasting panel of what would later become the California Olive Oil Council.

After working with Kysela as a winery supplier, Barbara is fulfilling a lifetime dream of selling imported wines. She officially joined the KPF team as a national sales representative in 2020.

Smith has served as president of the Board of Directors for the national Rhone Rangers organization and was a founding board member of the World of Pinot Noir. She holds a Bachelor of Arts degree in Language Studies from the University of California, Santa Cruz.

She resides in San Diego and Los Angeles. 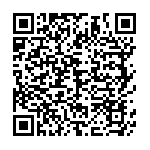