2nd Shift Brewing was founded in 2009 by Steve & Libby Crider in New Haven, Missouri. Year prior, Steve received a home brew kit for Christmas. He began ‘working’ a ‘second shift’ as a brewmaster, and his passion and knowledge transformed into a career.

Steve and Libby looked for over two years at new spaces in the St. Louis area until they found a small warehouse in the historic Hill neighborhood of St. Louis. They opened a small tasting room and expanded their staff from 2 to 9. Their new space not only allowed them to interact directly with the customers, but also gave them the ability to continue to grow. Since then they've added three additional fermenters (with plans for more) and three locally-made Foeder Crafter foeders. 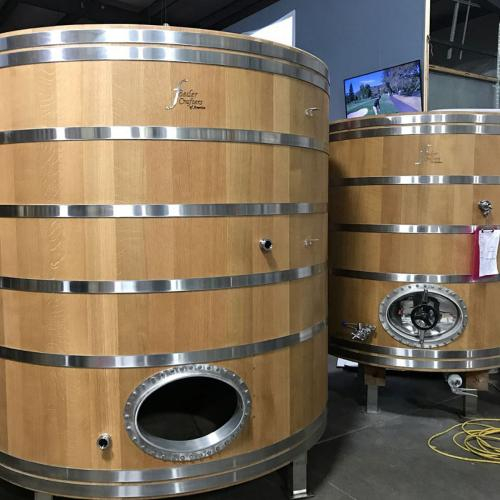 2nd Shift annual production is around 4,000 barrels, with no plans to stop there. They hope to add a couple more fermenters, along with additional foeders and possibly a canning line.