"From the eastern end of Crete, nearly 2,000 feet above the Mediterranean, this assyrtiko grows in loamy soils. It’s stony, waxy and broad in its lemon flavors, with grippy acidity and sea-spray minerality. It feels young and punchy, wanting rich seafood to match."

"When I sip this crisp, refreshing wine, its ripe flavors of peach, quince and wild herbs transport me to the Greek islands, basking in sunlight that drew Icarus higher on the cool Mediterranean breeze . . . oh wait, that’s my tasting note for a York Peppermint Pattie. ABV: 13.5 percent. - Dave McIntyre" 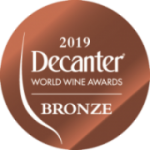 "Citrus blossom with hints of chalk. Saline depth and minerality, with a very long finish."

"This comes from a parcel of bush vines growing in the higher altitudes of eastern Crete. It’s a meaty white, powerful in its stony savor, with a peppery spice from alcohol. Broad and muscular, it could use a few more months (or perhaps years) in the cellar to mellow, or a decant and a roasted game fish to match."

"This was imported from Santorini in the 1970s. Bracing, fresh, with good acidity and a slight saltiness. This has fresh almonds, lemony acidity and great precision. Great concentration and depth here: such precision and focus, but also approachable with lovely fruit."

"The 2019 Assyrtiko Vóila (not the French word!) is unoaked, dry and comes in at 13.4% alcohol. This is sourced from the Vóila area in Sitia (eastern Crete) with vines at approximately 600 meters in altitude. This area is different than Santorini, says the winery, with a slower ripening time. The vines were originally brought from Santorini, though, in the early 1990s, typically ungrafted. This was previously marketed as just "Assyrtiko."

Showing fine depth—and adding a layer of depth to the fresher whites like the Vidiano this issue—this is nicely crafted. It's bright, moderately gripping on the finish and has adequate stuffing in the mid-palate. It is actually a bit tight today, but by mid-to-late summer, it will open more. At the moment, the structure is in control, giving it a slightly sharp edge. The fruit already shows signs of becoming more expressive, though, in its dry and serious fashion. It should hold pretty well for a few years thereafter, perhaps more than anticipated. - Mark Squires"