Ken Loren has been in the wine industry for almost 18 years. In 1995 he formed a small wine importing business, and in 2000 this evolved into Kenco Beverage Sales to provide sales and marketing services in the Montgomery County, MD market (which operates under a liquor control program).

Ken has proudly represented Kysela, Pere & Fils for over 10 years, and due to the success of that association, he formed Kenco Beverage Distributors, LLC in July, 2009, which is the distributor for Kysela, Pere & Fils in Maryland. As president of both companies, Ken promotes and markets the Kysela portfolio, advertising the products in the Montgomery County market as well as throughout the State of MD in the Maryland Beverage Journal.

Ken's favorite wine is Cave de Pomerols, Picpoul de Pinet HB: it is not only the top selling wine for his company, but also the wine that began his work with Kysela Pere et Fils, LTD. Before ever meeting Fran, Ken was told by two retailers that he should find a Picpoul wine to sell, and after hearing of the retailers' successes with Picpoul & learning that Kysela's Picpoul was the best, he sought out Fran and began a business relationship.

Ken, who lives in Potomac, MD, is married to Robin Loren and is the father of 3. Ken is a graduate of Emory University School of Business in Atlanta, GA. His passion is growing the Kenco business together with the Kysela portfolio year after year. 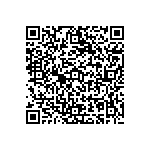