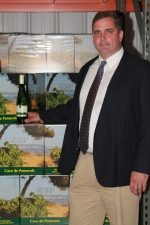 David Russell earned his Bachelor of Art's degree in Psychology from Hobart College in 1998.

After graduating College and playing professional football in Germany, David joined the staff of Hobart College as linebacker coach in 1999, then went out to work as a defensive coordinator for Delaware Valley College in Doylestown, PA. David continued coaching football for three more years before a passion for wine led him down another path.

After moving to Maryland, David joined Lettuce Entertain You restaurant group in their opening of Mon Ami Gabi in Bethesda, Maryland. Starting on the bottom rung as a server, David quickly worked his way up and took the intro course of the Court of Master Sommeliers and began the duties of sommelier at the French bistro. He worked to build not only a diverse wine line, but also instilled an understanding of and passion for French wine in the restaurant staff. After taking a management position at Mon Ami Gabi, David was offered an opportunity to manage the wine list at a new opening of one of the oldest Steak Houses in NY, the Old Homestead in Bethesda. A short stint with the gentleman from NY was educational, but David returned to Mon Ami Gabi for an opportunity to be General Manager, where he took pride in building the restaurant's service, wine list and excellent food.

Eventually David realized that the restaurant had led him down the management path, but away from what initially brought him into the business - his passion for wine. David crossed paths with Fran Kysela and gladly accepted the opportunity to focus solely on wine, feeling fortunate to work with Kysela's quality portfolio.

During the past three years with Kysela, David has enjoyed trips to France, Chile and Argentina to further his knowledge of the wines of the portfolio. He has a passion for all wines red, white and sweet; new world and old; but looks for balance and detail of flavor over size and alcohol. Most often French wines find their way to David's table, including Chablis and Champagne, cru Beaujolais and the wines of the Rhone (especially the Northern Rhone). 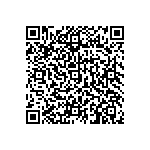