Joe began his trip along the wine road like many others before him; waiting tables in fine dining establishments. Joe spent 3 years in fine dining in his hometown of Cincinnati, working with mostly old California wines from deep restaurant cellars. Ironically, this is where he first met Fran Kysela, during a trade tasting in the winter of 1994. Joe moved to Baltimore later that year & continued working in restaurants, and in 1998 landed at Mills Wine & Spirits in Annapolis, MD. The exposure to iconic wine and important suppliers was vast at Mills and the experience propelled Joe into the deep end of the pool, where he says his ‘true geekdom reigned’ from 1999-2004. Family matters brought Joe back to Cincinnati in 2004, where he worked as a wholesale rep for Matt Citriglia MS at Vintage Wine (and doubled his territory) for the next few years. He was then poached by Cutting Edge Selections, where he again grew his territory & fine wine knowledge and experience, in addition to mentoring reps, assisting in the construction of the DI portfolio and developing market strategy. In 2014, Joe & his wife had a busy year, welcoming a daughter and purchasing a restaurant! They developed the restaurant together until 2017, when they sold it to a young chef looking to expand his locations. Upon selling the restaurant, Joe & his family moved to Chicago, where he went to work for Fine Vines. Joe was appointed as their brand manager for Kysela’s portfolio, and in 2019, Joe officially joined the KPF team at a Midwest National Salesperson. 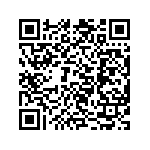