Carlos Gómez established Adegas Valmiñor in 1997, building and opening new facilities in 2001. A trained executive with extensive experience in the wine business, Carlos has continued to expand the group's capacity to include other properties in Rías Baixas & Ribera del Cuero. Today the group also includes a distribution company, as well as an agricultural services organization. 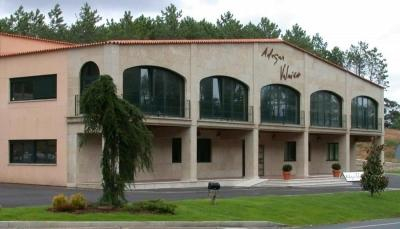 Though a modern winery with cutting-edge technology, they are dedicated to honoring their Celtic roots, witnessed in their logo, created out of four Celtic symbols - rain, sun, air, and land. 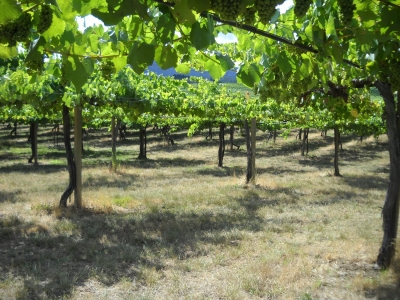 Val do Salnés
Val do Salnés is located on the lower reaches of the river Umia and centered on the town of Cambados. It is a coastal area with higher acidity. The landscape is of low undulating hills and the vineyards are planted both on the slopes and on the flat valley floors. The soil is generally rocky and alluvial.

O Rosal
O Rosal is located further south, along the Portuguese frontier in the basin of the river Miño and extends inwards towards the town of Tui. The vineyards here are planted on terraces on the banks of the Miño. The soils are alluvial.

Condado do Tea
Condado do Tea, in the west, extends westwards from Tui along the Miño valley up to the neighboring Ribeiro (DO). The area is inland with lower acidity. The landscape is more abrupt and consists of several small river valleys. The soils are granite and slate based.

Soutomaior
The Soutomaior sub-zone was incorporated into the Denominación de Origen in 1996 and is located just south of the city of Pontevedra. The soils are light and sandy, and covered with granite.

Ribera de Ulla
The Ribera de Ulla sub-zone, to the north of Pontevedra was incorporated recently in 2000. The soils are mainly alluvial. They are lowlands, with an altitude generally below 300 m, near the sea and related to the lower stretches of river courses, which determines the climactic characteristics of Atlantic influence.

Traditionally the vines are trained along granite posts (called parrales or pergola) with wires so as to protect them from humidity and to maximize their exposure to the sun in summer.

Adegas Valmiñor has 35 hectares (86 acres) of their own vineyards in O Rosal. They have obtained the BRC Food Safety Standard (British Retail Consortium, Certificate of Quality), the leading global brand recognized by customers worldwide. The BRC is a global food security protocol that aims to ensure that manufacturers meet rigorous requirements to guarantee the quality of its products.