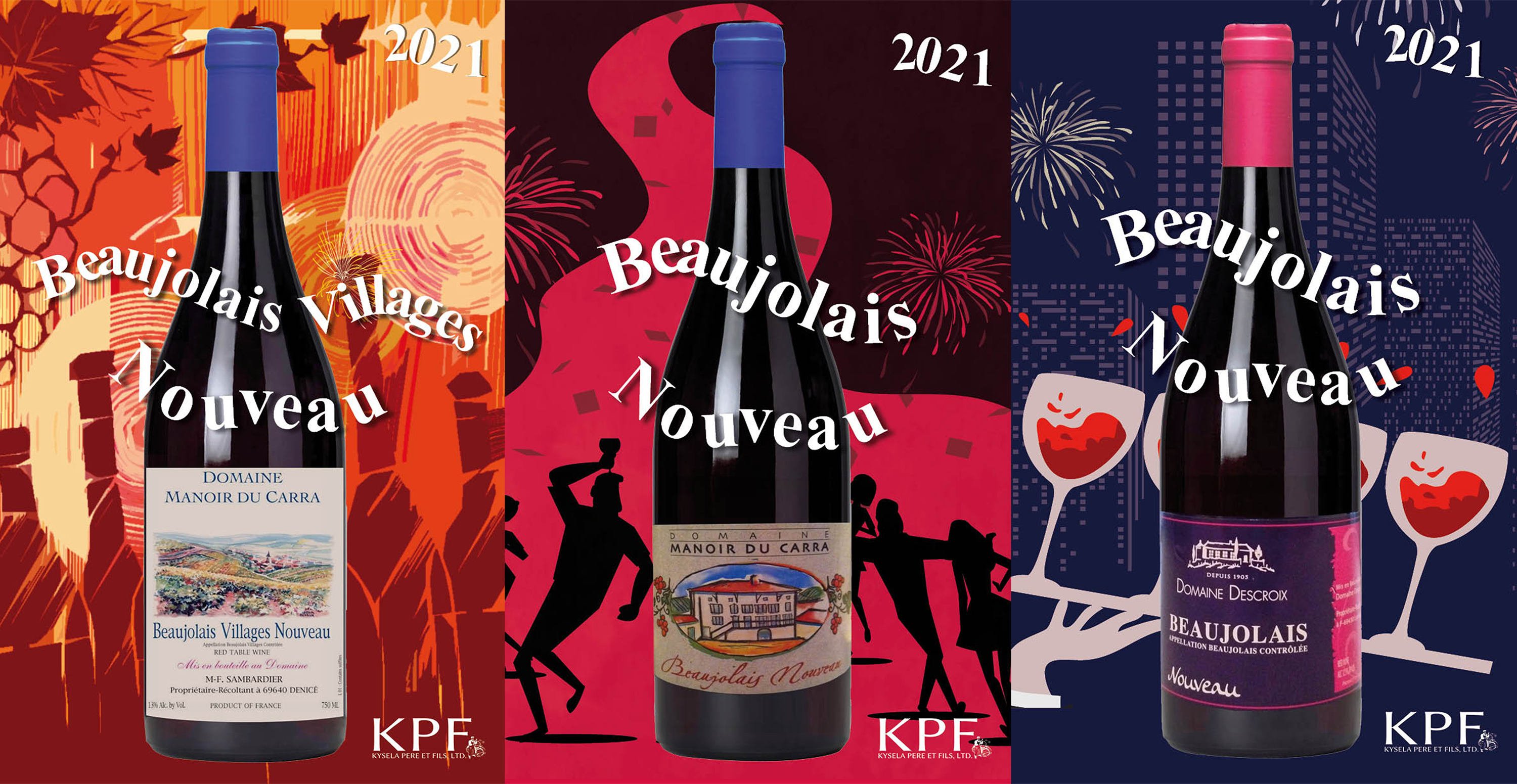 Beaujolais Nouveau Day for 2021 is Thursday, November 18th. Kysela is proud to offer Beaujolais Nouveau from Manoir du Carra and Domaine Descroix. Nouveau sells out on the release day, so contact your KPF representative, state distributor or local retailer to place a pre-order now!