Six families of farmers founded Bodegas Burgo Viejo in 1987 (with the next generation coming on-board, it is now sixteen families working together). Burgo Viejo´s main asset has always been their exquisite winemaking process, using grapes collected from its own vineyards, going back to the times when they were just a wine cellar selling in bulk (they started as a cooperative in the 1950's). 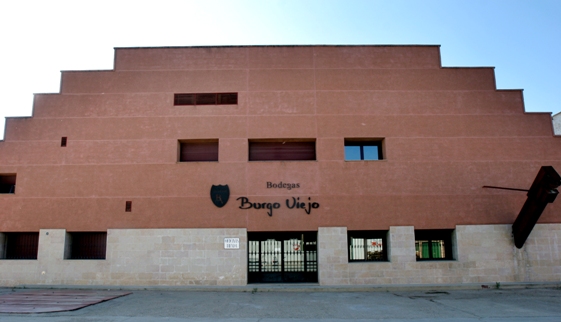 Burgo Viejo wines are exported to Japan, China, Denmark, UK, Belgium and the U.S. (export markets represent 5-10% of the production). Gorka Etxebarria is the leading winemaker and has been working with Burgo Viejo since December 2003.

The vineyards measure 200 hectares – 494 acres – spread throughout the municipality of Alfaro, La Rioja, Spain at the foothills of Yerga Mountain, on the banks of the fertile Ebro Valley. This area offers a huge diversity of soils and microclimates where the grape varietals, Tempranillo, Mazuelo, Garnacha, Carignan, Graciano and Viura grow to become Burgo Viejo wines. Most of the vines are 30 years old; some Garnacha are over 90 years old and some young organic Graciano have been planted. Annual production is 155,500 9-liter cases.

The Golden League is the premier class of wine producers. The one to win this highlight of the DWM competition undoubtedly ranks among the world's most successful wine producers. For you, this means: With a Golden League winner, you hold the unofficial world cup of the wine industry in your hands – and are guaranteed to enjoy outstanding wines.