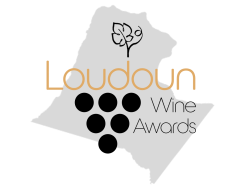 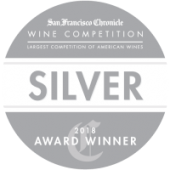 "The 2013 Mosaic has been seen before, but not for a while and only when it was very young. It is the winery's Bordeaux blend: approximately 59% Cabernet Franc, 23% Merlot and 18% Petit Verdot. It was aged for 18 months in French oak (only 25% new, the rest second to fourth year). It comes in at 13.5% alcohol. This still shows what I would call finesse in the mid-palate, but the concentration has dropped off a bit, which is not something it could easily afford. The underlying char and smoke, however, have resolved into a green and still funky wine. The Cab Franc is in full flight here, with plenty of vegetal aspects. This does have some virtues, including a juicy, fresh finish that is filled with flavor. It seems more picked for acidity than concentration, but that has pros and cons given the funk here. The structure at this point is average, and this is ready to roll. You will have very little benefit to holding this, but it might hang on for a while, thanks to the good acidity. It is rather pricey for what it is. There were 385 cases produced. - Mark Squires
- Robert Parker's Wine Advocate (Issue #237, June 2018), 87 pts

"The 2015 Mosaic is mostly a 45/34 blend of Cabernet Franc and Petit Verdot, with 21% Merlot, aged for 18 months in a mixture of 16% new and mostly well-used French oak. It comes in at 14% alcohol. This vintage marks a small departure from the winery's norm. While most of it is still from the Middleburg AVA, 10% (which is projected to increase) is now from Shenandoah Valley, known for producing fresher wines. "We own and manage both properties," said winemaker Corry Craighill. This adds a layer of concentration to the 2013 this issue, takes away some green and presents a more balanced picture overall. Hopefully, it retains its mid-palate and shows development along the way. The structure is just moderate, so I wouldn't expect this to make old bones, but it should hold for a decade, at the least. - Mark Squires"
- Robert Parker's Wine Advocate (Issue #237, June 2018), 88 pts

"This is really fresh and lively with cherry and berry character. Hints of flowers, too. Medium body, light tannins and an energetic finish. A blend of 45 per cent cabernet franc, 34 per cent petit verdot and 21 per cent merlot."
- James Suckling (October 2018), 91 pts