Caldera Brewing Company is a microbrewery which means no restaurant, pub, or tasting room.

The definition of a microbrewery is: a brewery that produces less than 15,000 barrels (17,600 hectoliters) of beer per year. Microbreweries sell to the public by one or more of the following methods: the traditional three-tier system (brewer to wholesaler to retailer to consumer); the two-tier system (brewer acting as wholesaler to retailer to consumer); and, directly to the consumer through dock sales. 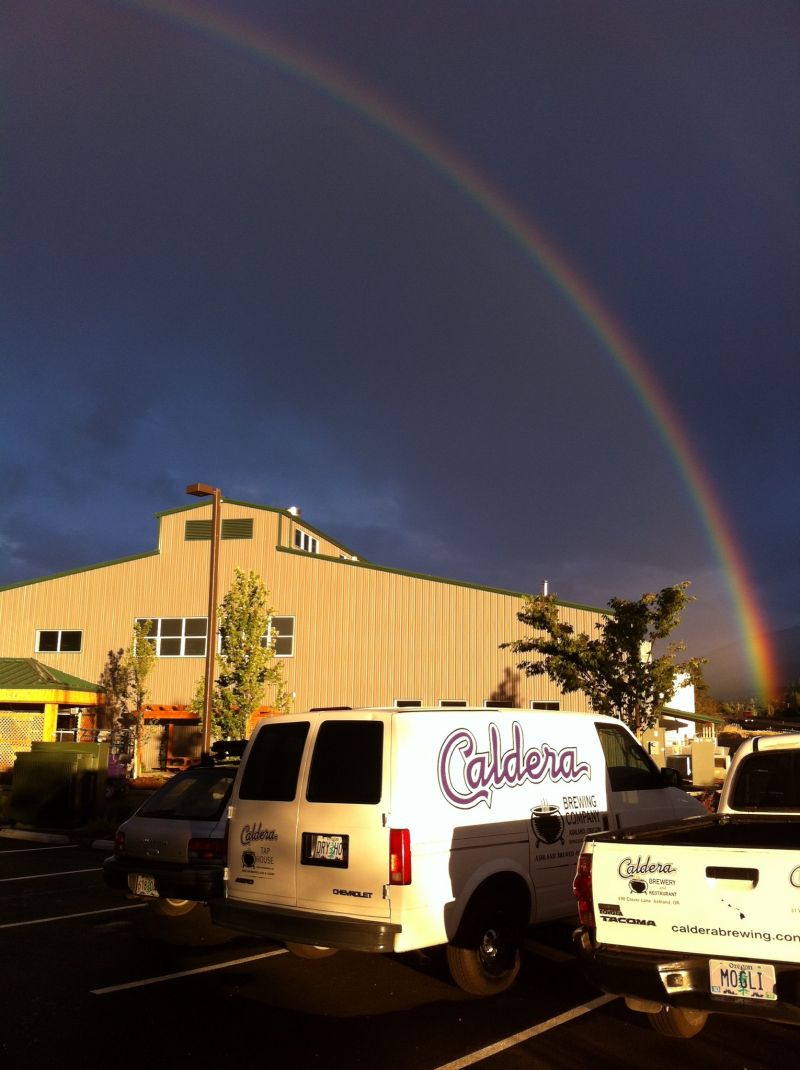 Caldera self-distributed its products for the first six years. In November 2003, Caldera partnered up with Gold River Distributing in Southern Oregon and Mt. Hood Beverage Company in the Eugene and Portland markets to expand its business.
For the first eight years, Caldera was draft only until June 2005 when the Pale Ale was put into cans.   Caldera is the first microbrewery in the State of Oregon to brew and can its own beer.