This second-generation estate is located in the town of Davayé, in southern Burgundy. The winery was founded by Maurice Martin in 1969. His son, Richard, took over in 1990 and was joined by his brother, Stéphane, in 1992. Richard manages the vinification and sales, and Stéphane oversees the vineyard.

Domaine de la Croix Senaillet" takes its name from a cross that had been given by an ancient mayor of the village called Benoit Senaillet. The records show that the mayor donated the cross to Davayé in 1866, to replace one that was destroyed in 1793 during the French Revolution. According to the common beliefs, the cross that was blessed in 1867 would protect the inhabitants of the village and everyone that would pass by. 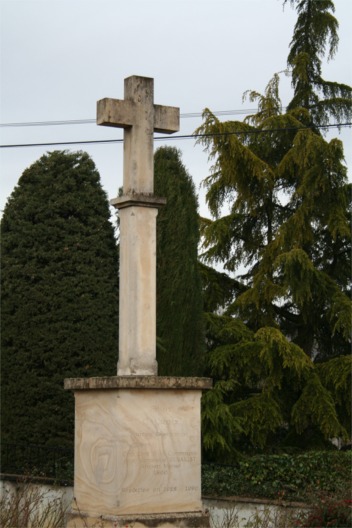 The vineyards are located on the south/southeastern slopes of the Solutre and Vergisson rocks. The estate spreads over 60 parcels in the town of Davayé and measures 22 hectares total (54.3 acres): 17 ha in St Véran, 5 ha in Mâcon, less than 1 hectare in Pouilly-Fuisse. The soil is both chalk and clay. The vines are 40 years old on average.

In order to increase the quality of the grapes, Stephane follows "culture raisonnée" methods. Since the 1990’s, the Martin brothers, supporters of sustainable agriculture, have protected their vines with a minimal treatment strategy, focusing instead on natural soil and plant strengthening. Their conversion to organic viticulture began in 2003, and they were officially certified organic in 2006.

They sell 80% of their production in bottle and 20% to négociants. 60% of their wine is sold in France; the remaining 40% is exported.