Alberto Siegel was born in Santiago in 1946, the third generation in Chile of an Austrian family. His grandfather was an Austrian architect that built some very important and traditional buildings in downtown Santiago, at the beginning of the 20th century, including the Chilean Federal Reserve. His father, Don Germán, was a viticulturist that spent most of his career in charge of Viña San Pedro's vineyards near the town of Molina, 140 miles south of Santiago. There Alberto grew up, literally in the middle of the vines. It was not a surprise when he decided to study Agronomy and specialize in winemaking at the Universidad Católica in Santiago. 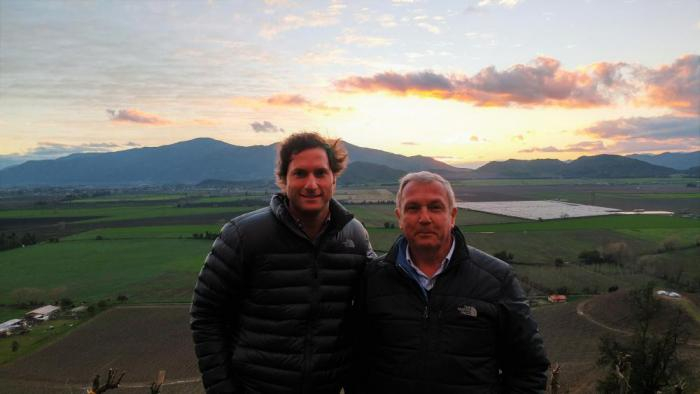 Together with his father, Alberto founded Viña Siegel (now Siegel Family Wines) in 1980. They started planting vineyards in Colchagua and building the Winery in Santa Cruz. When Don Germán died in 1998, Alberto became the owner, together with his family. In the beginning, Viña Siegel only sold bulk wines to the biggest Chilean wineries, like Concha y Toro, San Pedro and Santa Rita. In 1997, Alberto decided to enter the bottled wines business and made the necessary investments to go ahead with this project.

The Colchagua valley is located in the Central Zone of Chile. It is a 'Transverse Valley", which means that it is a valley formed by a river, in this case the Tinguiririca, running east-to-west towards the ocean. The valley cuts out at a ridge or mountain at right angles. The Colchagua valley is the leading fine-wine producing region in Chile.

It is in this valley where Alberto Siegel grew his first vines, which would later become Siegel Wines. Now they have more than 700 hectares (1,729 acres) planted, which are located in the Andean foothills and the coastal zone of the valley. Their vineyard sites are: