Gassan, also known as Yoshida Sake Brewing Co., Ltd., was founded in 1743. The family of present owner Tomonori Yoshida-san took over the property in 1826; Yoshida-san represents the 5th generation. The kura (sake brewery) It is located in the small village of Yasugi, in the southernmost Japanese Prefecture of Shimane.

Over 200 years ago around Yasugi, the Amago-clan was reigning over the Sanin district. There, the clan established a castle where the feudal lord of Amago resided in the Age of Civil Wars. Gassan took its premium sake brand name from the mountain in this area. Their time-honored tradition of sake brewing was established by special permission from the feudal lord of the House of Hirose. They have proudly maintained this tradition, handing down brewing secrets from generation to generation for over 180 years. Their sake has received the gold award over ten times at the "Zenkoku Shinsyu Kanpyou Kai" (National New-Brewed Sake Contest).

Tomonori Yoshida-san is certified as a Sake Expert Assessor and can be called a "top taster," just like a Master Sommelier in the wine world. The certification exam is extremely difficult, and as a result, only 50 people have achieved certification; Yoshida-san is number 2 out of these 50..

Production is small at 700 Koku, or 14,000 9-liter cases in wine terms. Seven sake types are produced here by the ageless Master Toji, Tanaka-san, who is 88 years young. Tanaka-san is certified as "modern master craftsman" by the Ministry of Health, Labor and Welfare. Highly-skilled people (a wide variety of things such as an entertainment, food, metalwork, machine appliance assembling, repair, the sewing of clothes, carpenter) can be certified as "modern master craftsman" because the Japanese government wants Masters to pass the technique to the younger generation. Tanaka-san is passing his skills down to younger toji, Adachi-san. The uniqueness of Gassan is the mixture of classic and modern Toji skills that effect the flavor in the end.

At artisanal breweries like Gassan, water source is very important, and Gassan’s the water is sourced from mountain springs around Yasugi. The water has a low iron content, and is the same water used by the Lord of the House of Hirose in their tea ceremonies at the end of the Edo period (late 1800s). It is recognized as one of the 100 best waters in Japan. Furthermore, as the water varies according to climate conditions, they specially blend in other water sources to precisely control water hardness, thereby maintaining their exact brewing requirements.

Another key component for Gassan is their top quality rice. They do not hesitate to spend money on the highest quality rice. The rice types – or sake mai - used are: Yamada, Nishiki, Gohyakumangoku, Sakanishiki, Kairyoomachi, and Kannumai.

Gassan’s constant pursuit of perfection has resulted in a world-class sake product. 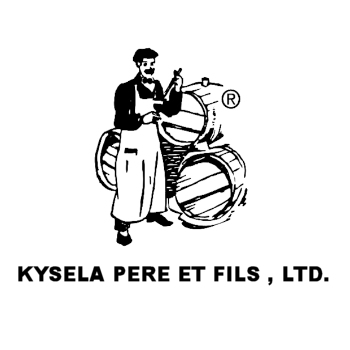