Onepiò Winery was founded in 2009 by Ilaria Accordini who grew up in a winemaking family. Ilaria got married and named her wines Ilaria de Nardi.

‘Piò’ is the local term in the Brescia Province that farmers use to describe the number of hectares they own – three piòs is one hectare. Because the winery’s large walls are one third of a hectare in size, Ilaria gave her business the name ‘Onepiò’. 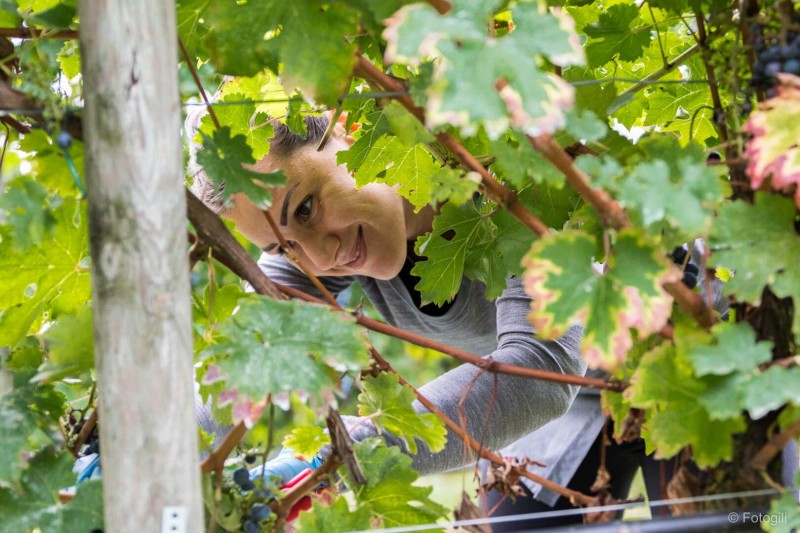 Onepiò Winery produces wine from Lugana (30 hectares), Valpolicella Classica (10 hectares) and Bardolino (2 hectares). The Valpolicella Classica vineyards are in Fumane, the oldest original area of Valpolicella, east of Lake Garda and a few kilometers from the center of Verona. This micro-area includes the five historic municipalities: Fumane, Marano di Valpolicella, Negrar, San Pietro in Cariano and Sant'Ambrogio di Valpolicella. The vineyards are protected by the Lessini mountains and the gentle breezes coming from Lake Garda, creating a natural amphitheater of sorts. The soil is limestone, and the hilly slopes offer excellent sun exposure. The Lugana and Bardolino vineyards feature fertile clayey soils of moraine and sedimentary origin; calcareous and rich in mineral salts. Onepiò produces Turbiana, Corvina, Corvinone, Rondinella and Molinara.