The color is an attractive bright, ruby red with a purple rim, typical of a young Pinotage. The flavors of this unique South African cultivar are complex and exciting with ripe plum and fruitcake all beautifully integrated and then finished with subtle oak for a lingering aftertaste.

Lovely with rare beef, barbequed lamb and casseroles. This versatile lighter style of Pinotage is also a lovely combination with spicy chicken. 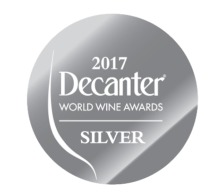 "The 2011 Riebeek Pinotage could be chilled like Beaujolais, as this is a lighter-styled wine, with hints of Christmas fruitcake, plum sauce and cherries all present in a very attractive, spicy style. It is round and well-made, and for someone who usually dislikes these wines intensely, this is quite drinkable and seductive. It should be consumed over the next year."

Riebeek Cellars is located in the picturesque Riebeek Valley, in the heart of the Swartland wine region of South Africa. Established in 1941 by a group of nine local farmers, ...
Read More

Other Wines From Riebeek Cellars